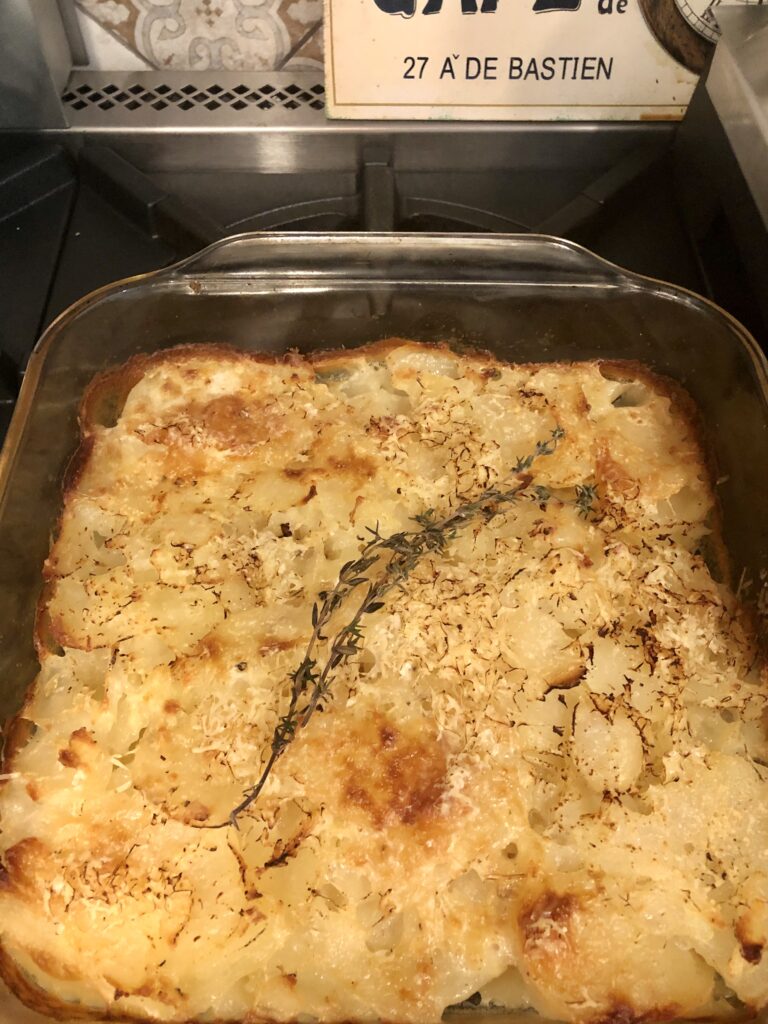 There is nothing better than the  plebeian potato raised to patrician heights when sliced, baked and topped with cheese and brought to bubbling, golden goodness in a hot oven.

Serve in the same dish-from oven to table.