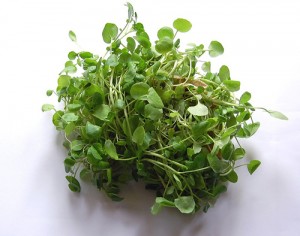 I find that getting people to think about eating Watercress in anything other than a salad can be a bit of a challenge. Even the most seasoned palates can be shocked to come across it in a soup or sauteed on their plate in place of another leafy green.

Cruciferous Greens and Their Benefits
Watercress is related to leafy greens and root vegetables such as Arugula, mustard greens and even the root from which Wasabi is made. Because of this, you should expect the the taste of Watercress to be delightfully bitter — like brocoli rabe is bitter in a pleasant way. It has a peppery, citric finish which can be shocking if you’re not expecting it.

The heath benefits of Watercress can be another reason to try a new recipe. Watercress is a natural anti-oxidant loaded with dietary fiber, Vitamin C, Vitamin E and has been used as a remedy for many illnesses.

Available locally in early Spring
It grows beautifully in climates like the North Fork where these hardy greens appear on farm stands quite early. 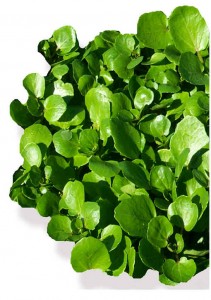