New Yorkers have a reputation for reasons that are not always untrue. I have been living in New York for over 25 years which is significantly longer than anywhere I have ever resided.

As New Yorkers, we feel like we have the best of everything because everything is here! Broadway, Wall Street, the Met and MoMa, the opera, Carnegie Hall, the Village, Central Park, Rockefeller Center and let’s not forget the restaurants. We have Thomas Keller, Mario Batali, Michael White, Morimoto and Lidia along with their proteges, not to mention all the great food in boroughs from Queens to Brooklyn — just ask Edible Magazines: Manhattan, Brooklyn and Queens. So we think we have seen everything and tasted everything there is to eat right? 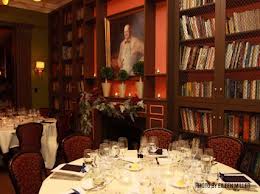 Wrong! One night in June my husband and I went to a dinner at the James Beard house where I am a proud chef-member. In addition to the fact that I am obsessed with regional cooking, that evening we attended specifically to see Ashley Christensen, chef/restaurateur of Raleigh, North Carolina because she is the daughter and sister of friends-customers of Cuvée. Many of you will recognize her as a contestant on the foodnetwork show, Iron Chef. That night at the James Beard House in the West Village, we Yankees got a good smack-down of Southern charm, cooking and enthusiasm from a team of professionals proud and thrilled to be in the service business. It was like being in an electric storm between the chef radiating (inside and out), her assistant, her sommelier and her followers who flew in from all over to support her. We sat at the chef table next to a chef who was once her sous chef in addition to a pizzaiolo from North Carolina who happens to be an international foodie and avid reader. In additional to telling us about sushi restaurants we had never heard of in New York, he gave us a five minute, on the money review of Joe Bastianach’s new book, Restaurant Man while diligently offering up how it differed and mimicked comparable books. He was on fire, excited about Ashley, excited about his pizzeria and excited about his life.

After a cocktail hour with great bourbon cocktails and the craziest deviled eggs in the world followed by an amazing five-course southern extravaganza showcasing local foods from shrimp to cheese and honey, we were satiated and infected with this Southern passion. 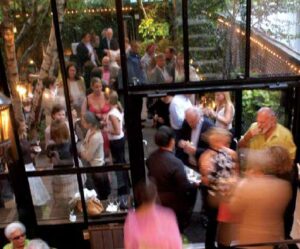 So if you think you know a lot about food and have seen everything, book a seat at the James Beard House on any night and see what your missing on menus across America.

It will leave a lasting impression and remind you to be excited about your food and your life.