The other night one of my guy friends called me and said he wanted to cook a steak for a special girl. You know, the crucial third or fourth date so he wanted to make her dinner. I guess he is thinking that, if it’s good enough, maybe she’ll be there for a breakfast of steak and eggs! 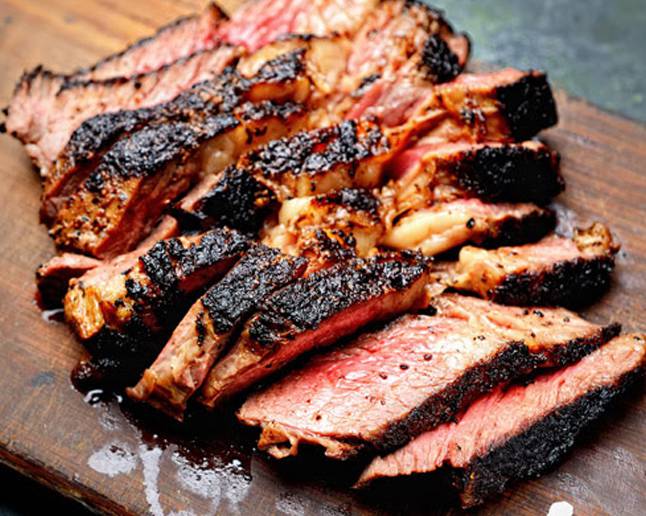 I suggested that if it was not grilling season, he should use the cast iron pan he bought a few months ago. He purchased this after he asked me to make him a list of essential tools for his kitchen so I wanted to make sure he realized the importance of this tool.

The Steak
Go to your local butcher and buy two ten-ounce sirloin steaks. Take them out of the fridge at least one hour before cooking to bring up to room temperature.

Once the pan is hot, cook the steak two minutes on each side. The great thing about a cast iron pan is that you’ll get a nice crust. Once cooked on both sides, remove from the pan and place on a plate or board and allow to rest for eight to ten minutes and insert thermometer. The steak will continue cooking while resting and the thermometer will read 145° for medium rare/155° for medium. Higher for well-done, but it’d be a waste of high quality meat.

Serve with crispy oven Parmesan fries or your favorite sautéed vegetables.  Pair with a glass of Malbec from Bedell Cellars.